Historic cities and towns in Slovakia

Straddling the Danube River, Bratislava is situated very near to the Austrian and Hungarian borders.Apart from its beautiful location, and assortment of fine beers, the Bratislava also holds numerous historic attractions for a visitor. Its historic centre and castle district form an area which can easily be covered on foot.

Bardejov with its medieval town centre and cultural heritage monuments is one of the main tourist attractions in Slovakia. The 14th century St Giles’ Church reminds us the town’s golden age lasting from the 14th to 15th century.

Banská Štiavnica is a unique town in the country with its completely preserved medieval town center and an unrepeatable atmosphere. There are 201 cultural heritage monuments and sites on the territory of the town. 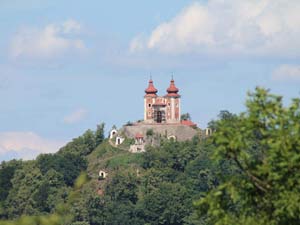 Serving as the residence of both the Catholic and the Lutheran bishops, Košice, with its monuments and museums, offers a full day’s program for visitors. The main tourist attractions of the city are the Košice Cathedral (St. Elizabeth’s Cathedral) and the St. Michal’s Chapel.

Its geographical location, the mountainous countryside reaching to the outskirt of Banská Bystrica turned the town into one of the most sought-after international tourist centers in Slovakia.  The original historical center, surrounded by partially preserved town walls with three bastions, is now an urban heritage reserve.

Located in the central part of Slovakia, about 20 km west of Banská Bystrica, Kremnica was an important medieval mining town. In the 14th century in Hungary, Kremnica was also called “Golden Kremnica”.

Situated on the banks of the Torysa River in eastern Slovakia, 38km north of Košice, Prešov is the country’s third largest city and the regional headquarters. Most of its tourist attractions are concentrated along its main street (widening into a square), and its neighbourhood.

Picturesque Levoča, lying in the valley of  Levoča Creek in the eastern part of Slovakia, is one of the country’s most outstanding cities viewed in terms of its monuments and history. The city had its heyday in the Middle Ages when, besides its trade, it was famous for its printing presses and educational institutions.

Žilina is Slovakia’s fourth largest city and an important industrial centre; it sprang up at the junction of major trade routes. The majority of its tourist attractions are located within a relatively small area – in the main square and in its neighbourhood. The main square is bordered on all sides by arcades and by the former houses of craftsmen and the middle-class citizenry.